Hanno is the founder of Idenhaus, which has clients in financial services, CPG, healthcare, retail, manufacturing and local and federal governments. Hanno and the Idenhaus team excel at helping organizations design and implement effective Identity Management and Cybersecurity programs by focusing on the importance of leadership and the linkage between business strategy and the organization’s security goals.

Hanno began his career at Novell Consulting, initially working as a strategist and later as a services principal. His focus on generating meaningful and measurable client successes at Novell earned him the prestigious President’s Award, an honor reserved for the top 2% of performers in the company.

Prior to Idenhaus, Hanno was the co-founder of a management consulting firm where he received the US Army Commander’s Award for Public Service in recognition of his efforts that revolutionized and transformed the Army’s security clearance process. As a result of this project, the Army was able to reduce the time required to obtain a security clearance by 80% via a centralized, standardized and automated process for these clearance requests.

Hanno received his Masters in International Business from the Moore School of Business and an undergraduate degree from the University of North Carolina – Chapel Hill. He was also a Fulbright Scholar at ETH Zurich, one of the world’s top 5 universities in engineering, science and technology.

Derek brings to Idenhaus over 16 years of experience in cybersecurity, network security, threat intelligence and risk mitigation. During his 20-year Navy career, Derek was instrumental in defining the Department of Defense’s Enterprise cybersecurity policies and procedures, leading daily defense of the DoD’s cyber operations and coordinating with the Pentagon, Department of Homeland Security, National Security Agency, CIA and FBI to leverage their support and enhance defenses.

While at US Cyber Command, Derek served in multiple roles including technical expert for network defense actions as well as command representative and operations controller for all defensive actions performed on the DoD’s information networks. His hands-on experience developing a risk mitigation framework directly reduced the time required for assessing the scope of defense network threats from 2-3 weeks to 3-5 days. Jerry is a solutions-focused IT professional with more than 20 years of success designing, implementing, and supporting large-scale technology solutions for major global organizations. He has a proven track record leading project teams, performing risk and needs assessments and implementing systems capable of supporting multimillions of users – all while saving time, increasing security and reducing costs.

Thanks to his results-driven approach, Jerry has been entrusted by governments as well as some of the world’s largest companies to craft and implement identity and access management systems. As one example, his work for the world’s largest retailer includes leading an IAM project that supported more than 2 million employee identities, processed over 40,000 HR actions daily and required integration of 30 connected systems and data sources. The final implementation was completed in 9 months – 4 months ahead of schedule.

Highlights of Jerry’s government work include designing, upgrading and implementing the access management system used for the authentication and authorization of Mexican taxpayers. Jerry also designed and deployed the NCID-NG identity and access management system utilized by state of North Carolina, replacing a massive legacy system with no service interruption. The new system capabilities included protection of 120+ websites and management of more than 3 million identities.

Jeff’s significant credentials speak to both his technical expertise in software development as well as his savvy in understanding the business needs and solutions that technology must support. With 20+ years as a developer, architect and manager of large-scale software development, Jeff is able to apply his wide and deep experience with web and mobile technologies to help Idenhaus clients implement smart solutions that save time, money and angst.

Having spent the better part of his career in the oil, energy and gas sector, Jeff has seen first-hand how the development and deployment of market-leading enterprise solutions can create a significant competitive advantage. During his 9 years at Chesapeake Energy, Jeff and his team developed software solutions aimed at streamlining the many workflows associated with acquiring and leasing land for the company. As a result of Jeff’s leadership and development efforts, Chesapeake was able to gain title to and/or lease properties in record time. Landman activities were completed in weeks versus months and allowed Chesapeake to gain market share all over the country much faster than competitors.

Jeff is a graduate of Oklahoma State University, with a BS in Computer Science. He also is a Certified Systems Engineer (MCSE), Database Administrator (MCDBA), Solution Developer (MCSD), and Application Developer (MCAD). Ron Bowron has an affinity for problem-solving with new ideas and strategies. His ability to coordinate resources through complex and sometimes chaotic business processes to build viable, valuable solution frameworks has been the cornerstone of his career.

Ron has worked with small, large and global organizations to solve complex business issues. He has years of experience with Identity Governance and Access Management solutions, Industry Standards (ITIL, ISO, EDI, HL7, SAML, OAuth, OpenId), and regulatory compliance with HIPAA/HITECH. Before returning to the IGA/IAM technologies, he worked in the field of Master Data Management as the Master Person Indexing (MPI) product manager utilizing advanced probability matching algorithms (AI, NLP), rules and remediation workflows as well as bio-metric authentication technologies to uniquely identify a single person among tens of millions of records and hundreds of contributing sources.

Ron received a Bachelor of Science in Business Information Technology Management from Western Governors University (WGU), is a contributing author to HIMSS/IHE ITI Profiles, and has received acknowledgments of achievement from his former employers such as Novell (aka MicroFocus) and Dell. He is a former member of the Dallas Toastmasters International and is an active member HIMSS and DFW-HIMSS organizations.

Nicole Keaton has served as a fractional CxO in Financial Services, Consumer Packaged Goods, Retail and Health IT industries as Chief Information Security Officer, Chief Information Officer and Chief Strategist. As a visionary and pragmatic leader with a keen focus on Business, IT and Information Security operating in harmony she has held several executive leadership positions including Senior Vice President Technology Risk and Compliance at Sun Trust Bank.

She is well versed in Information Security Strategy, Enterprise Risk Management and the Governance of Enterprise IT. Keaton is a graduate of Georgia State University J. Mack Robinson College of Business. 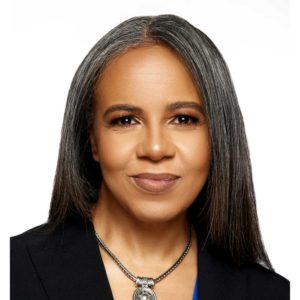